Open to Contracted Exhibitors Only

The Marine Corps League’s annual Military Order of the Iron Mike Award was established for the purpose of honoring a person who has made significant and lifelong contributions to the United States of America and the United States Marine Corps. The award is named for the landmark “Iron Mike” statue, located at the Marine Corps Recruit Depot, Parris Island, South Carolina. The statue and the Iron Mike Award symbolize courage, dedication and distinguished leadership. 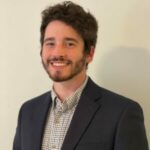